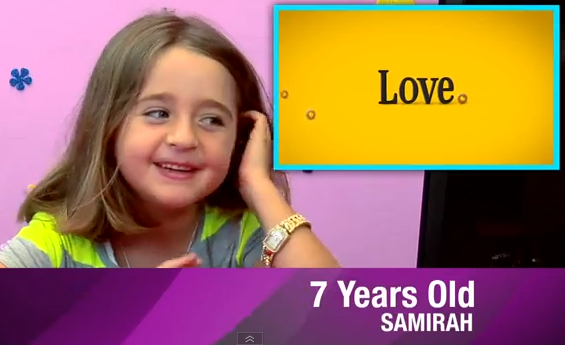 I was very happy when I saw the Fine Bros latest video “Kids React to Controversial Cheerios Commercial.” Its fun, hilarious and moreover, brought a tear to my eye.

May 2013, Cheerios released a commercial promoting the Heart Healthy advantages of their cereal. Since my father’s heart attack in 2010, I’ve been particularly keen to issues regarding heart disease and healthy living. Overall I thought the commercial was endearing. I immediately felt warm and fuzzy by the care and concern of the young child for her father’s health.

To my surprise the commercial created an uproar on the internet and sparked so much debate around what should have been a fun loving message. It wasn’t the topic of the commercial but the actors delivery the message that were sending people for a spin.

The problem was the family represented an interracial family- white mother, black father, interracial daughter. I’m also a product of a mixed race family. My immediate family nucleus represents various shades, countries, cultures and experiences. Growing up in the 80s, it was difficult as a child to wrap my brain around why some people treated me differently or plainly did not like because my background was defined by several races.

Having a supportive family, I never felt unloved but dealing with prejudice from complete strangers and even people at school- teachers and students, was another story. When I initially followed the story, it really shocked me that the thought of an interracial family on a national commercial would cause so much controversy. But if the kids in the video above represent the future, we have a bright legacy ahead of us.