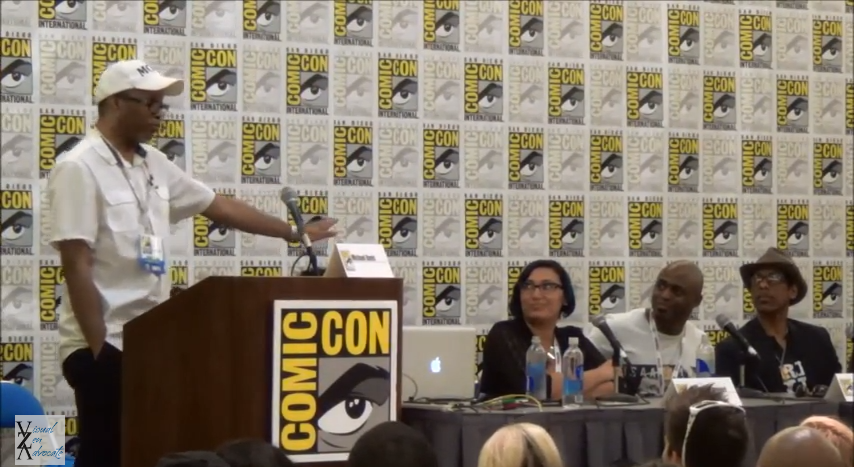 For the last 8 years, I have been co-producing the wildly popular San Diego Comic Con International panel, The Black Panel. Michael Davis has been the mastermind/ creator/ moderator of the panel for the last 20 years. The panel is seriously one of the most entertaining panels at Comic Con. Not only is the caliber of panel alumni a list of who’s who in entertainment and comics, it is an incredibly informative conversation with the fans.

This year I moved from behind the scenes and became an official panelist. It was a huge honor to be featured with such an illustrious group of professionals, especially considering The Black Panel was the first panel I ever saw at Comic Con. If that isn’t a testament to the power of networking at Comic Con, I don’t know what is!

Below you can enjoy footage of the whole panel. Sit back relax and be prepared to be entertained as I speak about my role in the film Dark Girls, the upcoming Milestones: African Americans in Comics, Pop Culture and Beyond, and being a woman/ minority in the entertainment industry.

For more information about the Black Panel visit: http://theblackpanel.com/